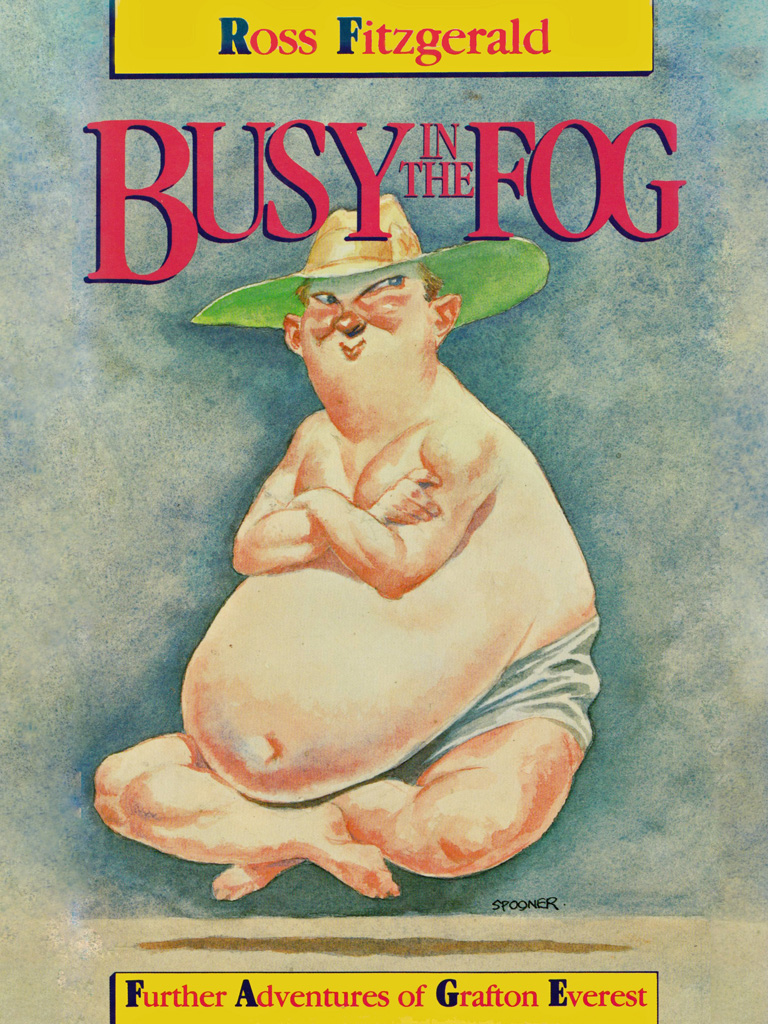 Busy in the Fog is a wildly funny sexual-political romp which will amaze, delight, annoy and almost certainly offend. Grafton Everest is now at his wit’s end facing life in his gluttonous middle age. Forced to deal with unexpected changes in his wife Janet, their allegedly gifted child Lee-Anne, and in his supposedly academic place of work, Grafton passes through episodes of ‘spiralling, phobic anxiety’. Ross Fitzgerald’s Queensland has more than its share of terrorists, religious ratbags, free enterprise maniacs and right and left-wing zealots.

“Utilising a lethal wit, FitzgeraldÃ¢â‚¬â„¢s writing ranges from the ridiculous to the sublime . . . it is brilliantly hilarious.” Time Out London

You can buy this book directly from the author at

Alternatively, click on your favourite eBook store to buy Busy in the Fog: Further Adventures of Grafton Everest. The price is just $3.99.