The 2020 Archibald Prize short-list and Steve Tiernan’s portrait of Professor Ross Fitzgerald AM.

Maybe a Dip. Wellness from The Gunnedah Institute does not qualify a canine like Jackie to become an art critic.  Except for the fact that almost everyone is an art critic these days.  And like most critics Jackie doesn’t know much about  art but she knows what she likes – as the saying goes (or went).

And so it came to pass that Jackie has decided to recommend each year that one portrait from those that made the final cut is currently on display at the Art Gallery of NSW and one which has made it to The Salon des Refuses now on show at the nearby S.H. Ervin Gallery be swapped.  The portrait which will be promoted from the S.H. Ervin Gallery to the Art Gallery of NSW will be the winner of Jackie’s Kennel Prize.  More of this below:

Writing in The Australian on 18 September 2020, Christopher Allen (national art critic) had this to say:

As I have said before, the Archibald could be a much better exhibition if the Art Gallery of NSW Trustees did their job and selected the best works submitted. Instead they select on the basis of sensationalism, jarring contrasts and shock value. The show is a bad show, year after year, because the Trustees make it a bad show.

This may be a bit harsh.  After all, once again this year the Trustees picked portraits of lotsa luvvies for the short list.  Including such MWD faves as David Marr, Annabel Crabb, Adam Spencer, Meyne Wyatt, the late Jack Mundey, Magda Szubanski, Jennifer Byrne and more besides.

Art critic Allen described Craig Ruddy’s portrait of Comrade Pascoe as consisting of “an extravaganza of gratuitous doodling”. Which is a bit tough –  on doodlers.

Jackie concurs, in a sense.  She believes that the problem with Ruddy’s portrait is that he left his depiction of the Dark Emu author to dry off in the summer sun for too long.  That’s why the apparently white Comrade Pascoe,  who has never denied that he has four English-born grandparents, appears as if he has suffered a dangerous dose of sunburn.

To illustrate the point – here’s your man Pascoe as seen by artist Craig Ruddy. 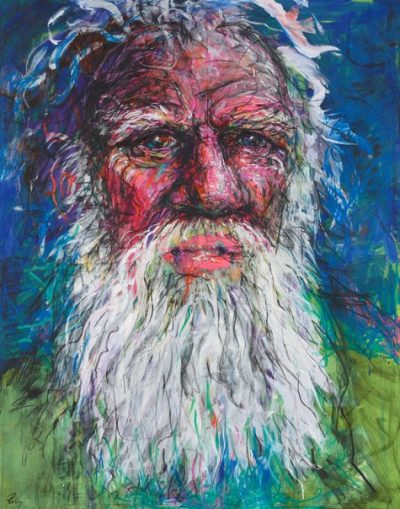 And here’s how the same Pascoe was depicted not so long ago. 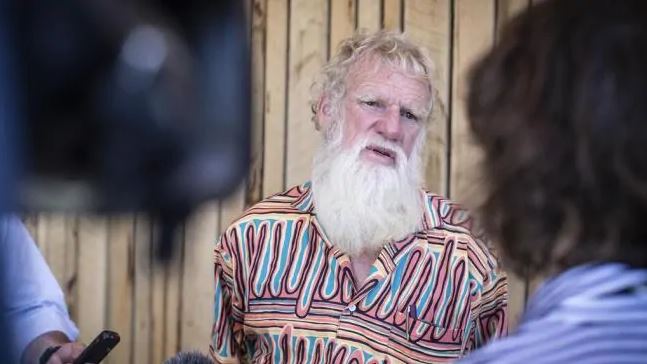 Here’s Jackie’s modest proposal. Move the Dark Emu portrait to the Salon des Refuses where the extravagant doodling might lose some of its colour in the quiet S. H. Ervin Gallery, and, consequently, Bruce Pascoe might – in time – come to resemble his photographic portraits. And swap it with Steve Tiernan’s portrait of avid MWD reader Professor Ross Fitzgerald –  who hasn’t had an alcoholic drink since 1970 or thereabouts. Which perhaps explains his apparently thirsty lips in the Tiernan portrait.

In any event, Jackie’s (Dip. Wellness, The Gunnedah Institute) hopes that her modest (Archibald) proposal to make one refused portrait a finalist works. And that, in time, Jackie’s kennel prize becomes as well known as the Archibald’s Packing Room Prize. 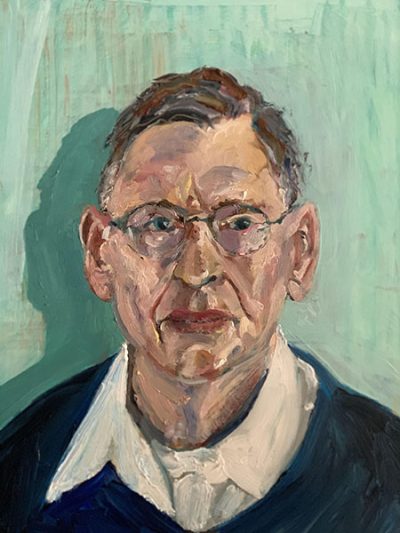 Jackie Recommends a Move to The Art Gallery of NSW