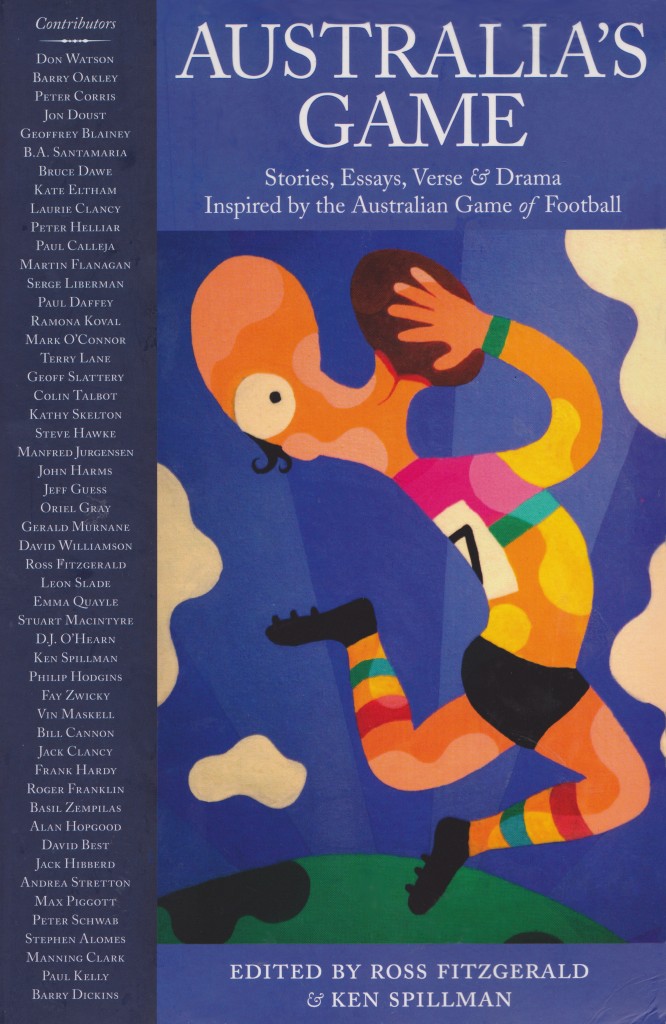 In Australia, nothing excites such passion as the tribal loyalties generated by Australian Rules football. Australia’s Game is a collection of essays and writings capturing the agony and the ecstasy of our great game from some of Australia’s best storytellers.

A revised and updated edition of The Greatest Game–first published in 1988–the book retains a selection of the most poignant writings from the original version, including those by historian Manning Clark, playwright David Williamson and broadcaster Andrea Stretton.

Each year millions of Australians attend or watch the footy–they argue about it, revel in it, despair of it, or even make vain attempts to ignore it. While newspapers keep us informed of the scores or who’s been dropped or traded, Australia’s Game explores the deeper contribution that football has on our culture and society.

From the dramatic moments on footy’s centre stage, to the battles played out on dusty outback ovals, Australia’s Game contains something for everyone.