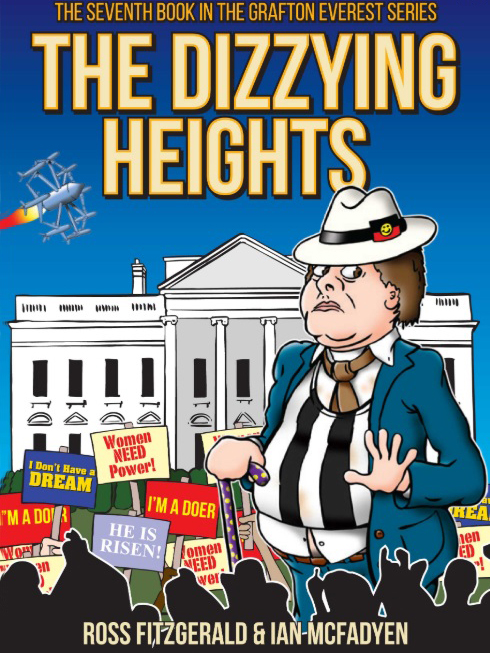 In this 7th book of the highly acclaimed Grafton Everest Series, our indolent hero, Professor Dr Everest, former lecturer in Lifestyles and Wellbeing at the University of Mangoland, is surprised to find himself President of the newly minted Republic of Australia. He is also concerned when he learns that, due to a drafting error, it is to be an American-style executive presidency. Luckily he manages to avoid any actual work or duties, save heading the newly created Department of Wellbeing, and leaves on a goodwill tour of the United States.

Here, to his further surprise, he is hailed as a political guru and even a messiah by a population still reeling from the incumbency and assassination of president Ronald Thump. Adulation for his even most off-the-cuff comments leads to Grafton being courted by both Democrats and Republicans as a possible US Presidential candidate, something which seems impossible until he discovers a well-kept secret about his true citizenship. After further discoveries, including a secret society of retired spies and bionic clones, he returns to Australia to find that the Department of Wellbeing has become a ruthless dictatorship that has brought the nation to a stop. It is now up to Professor Dr Everest to save the country.

The seventh Grafton Everest adventure, The Dizzying Heights, is published by Hybrid Publishers in Melbourne.